How does cancer affect the body?

How is science used in peoples every-day lives?

if a squirrel dies can it still carrier a diease

do you study blood clotting on bats

what kind of stuff are the old people trying to remember

what is the most advanced technology to date

(Weird question) What effects does puberty do on you?

ASK the scientists any questions you have about science.

CHAT with the scientists in a 30 minute long text chat booked by your teacher.

VOTE for your favourite scientist to win a £500 prize to spend on communicating more science.

Helium is the chemical element with atomic number 2 and is represented by the symbol “He”. It has two protons and two neutrons in its nucleus and two electrons in it’s outer shell.

It is a colorless, odorless, tasteless and non-toxic gas and is one of the noble (or inert)  gases. This means it is highly unreactive as its outer electron shell is full. Its boiling and melting points are the lowest among the elements and it exists only as a gas except in extreme conditions. Next to hydrogen, it is the second most abundant element in the Universe. In our galaxy it accounts for 24% of the mass. 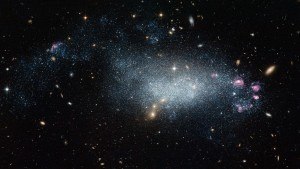 Helium is available in pressurized tanks and is nowadays used to fill balloons.  While it is heavier than hydrogen, it is far safer as helium does not burn.